Finally there are answers

Act Three: The turning point of the plot, also known as the climax, in which the fate of the protagonist will be changed. In this comedy things have not been proceeding in the protagonist’s favour. As the resolution is exposed, so too is the positive outlook. From here situations will favour the protagonist and each individual mishap of the past will be resolved with clarity and directness. (Dramatic Structure, Wikipedia)

Two days ago, or three depending on how you follow me, you will recall I was anticipating two doctors appointments and the possibility of a diagnosis or explanation as to why I was being rushed semi-regularly to the Emergency Department of the nearest hospital or making return trips to my GP (General Physician/Doctor). You may also recall I was being transported by my parents who both had developed strong feelings about their need to attend these appointments, if not to ensure the information transferal didn’t leave anything out then definitely to possibly berate them for treating me with potentially damaging drugs due to a perception that ‘they could get away with it since I was a little girl’ (my parents words not mine).

Their concerns were thus:

I did not make a fuss, or impress upon them my rights as an adult to attend the doctor’s without parental supervision. Aside from requiring someone to drive me to the appointments I was actually highly medicated on antihistamines and intensely lethargic as a result so I could not be relied upon to do much more than be present whilst the discussion about my health happened around me. I recited at the correct points exactly what I needed to recite (my health information is always etched in to my brain so I can recall it when I’m not coherent or fully functioning-this must be a side effect of a decade of these regular appointments!)

My GP Ev’s was extremely helpful and described to my mother in perhaps five different ways what Azathioprine is, does, the risk vs benefit scale and why it may have been the best option for me. Given that Ev’s is not part of my Neuroimmunology Clinic and has never directly met them it was quite impressive how in tune she was with their thinking. Her eloquence at transitioning the higher medical logic into layman’s terms for us medically-uneducated folk was at it’s usual 150% rate.

The abdominal pain is hard to diagnose. There are tests that can be done for specific types of severe ailments. However given that I have three autoimmune illnesses and one of those being Systemic Lupus Erythematosus (SLE or Lupus) which has lower abdominal pain as a symptom and often reveals itself sporadically as inflammation in various parts of the body she was concerned about proceeding further before I had seen my Neuroimmunology team of Connor and the Leo’s at Royal Perth Hospital (RPH) later in the day.One idea was everything may be related and they would be able to explain how and why. One other idea was that it was simply and unavoidably due to my Lupus. The last ide was that its was a specific bowel condition that typically only presents in people over the age of forty. Given the chances of my contracting such a rare illness at such an early stage she thought it was unlikely but would test for it depending on what The Team said.  Either way I would hear from her later in the week.

At RPH everyone was all smiles and said they thought they knew what was going on but could I explain everything that had happened since December. Connor loved my description of the Zambrero’s dinner I had before my trip to Fiona Stanley (Did you have the chicken or the lamb? I love the lamb! What sauce did you get?) Mr Leo had to interrupt twice to get Connor back on track. It felt like there was definitely good news.

They began by expressing their highest regards and compliments over just how great of a doctor my Ev’s was. They couldn’t be more impressed if she bought them Zambrero’s every night for a week. They continued by explaining the same information outlined by Ev’s in more explicit detail specific to me. They explained my risk vs benefit scale in regards to this drug and emphasised the concerns regarding the potential for cancer was in no way relevant to me given particular factors. For Azathoprine to be a carcinogen in my body I would need to take it in much, much higher doses over a longer period of time and would need to have a predisposition towards those types of cancer. In fact I would likely need to have a cancer already for it to become a concern in my own case. This is the medical advice of a medical professional to me, their well-tested patient, and may not be applicable to another person. The folks were happy. The azathioprine was working very well on me, and my body was responding in the best way they had hoped for. There were no seizures or TIA-like episodes and the masses that were once present in my brain were no more.

But we all know frogs go la-di-dah-di-dah

And that my body was not responding to something.

Aspirin. Just 100 mg of Aspirin a day. I took them with dinner at night, hence the reactions after dinner. Of all the potentially dangerous chemicals I have ingested. Of all the warning signs I have had to investigate and adhere to. Of all the ailments and illnesses I have lived with at various points in my life, impinging on my mental, social, emotional, physical and psychological functioning. Of all of this craziness, the one thing in this world I am allergic to and have been dumbfounded about for the last ssix to ten months, the answer is Aspirin. The irony is, I didn’t even need to be on it. It was an added blood thinner until the Azathioprine had begun to work. The process of moving onto it and up in dose didn’t require Aspirin, they just thought it might be wise.

The recommended course of action? Stay on the dose of Azathioprine I was on (100 mg), as long as we all knew and understood my risks vs benefits and were okay for me to take it. It was clearly working at that strength and in my case. Drop down to 2.5 mg of Prednisolone for a week then I could stop it completely. Stop the Aspirin. Never take it again. If I liked I could even get a Medibracelet for this allergy. Also never take any form of Ibuprofen. Just to be safe. Stay on the nightly dose of Endep for two weeks. Take Claritine in the mornings so I’m not so drowsy. Come back in three months for my next appointment and call if something major happens in the interim.

I’m not angry or upset about anything of this. I know I am venting a bit, but I have known for a long time that my life is a comedy, not a tragedy. I know that I am meant to find the humour and appreciate that my comedy is not one that many people would have read or watched, but it is mine for my own reviewing pleasure. On our way back to the train station we bought lottery tickets, ‘Because’, Dad explained, ‘We are just so lucky!’ 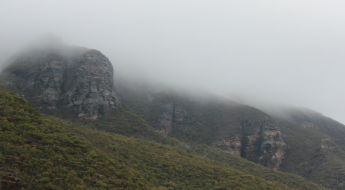 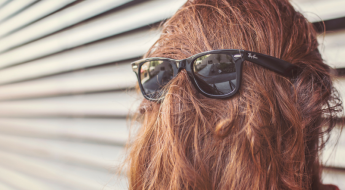