It was when I went to my scheduled appointment with Paddy the next week that everything started to become a blur. It wasn’t an appointment like any I have had before, to say the least. Without preamble Paddy first asked me if I had heard from Wally yet and did I have the details for Fremantle? I told him no and he explained then how he and Wally had been discussing with colleagues and Fellows in Adelaide, Melbourne, Michigan and the US. They have been trying to come up with another answer for what might be happening. The trouble was that all their tests were coming up with results showing their ideas were not likely the cause of my masses. I had been kept largely in the dark until this point about the extent of the discussion and theorising which was going on in regards to my cerebral lesions.

“Have we come no closer to an answer? What have you been testing for so far and why are these test unclear? What are the concerns are this stage for symptoms and treatments? Is this likely to be a permanent thing? Is this related to the Lupus?” My folks would be so proud to know I asked all of this. They wouldn’t believe it unless they heard it themselves but hey, I do what I can. Paddy answered as best as he could but still was elusive for fear of my throwing a tanty or lawsuit his way. He assured me I would hear from Wally within a day and it would be taken from there. As Paddy has no jurisdiction in my Neurology he couldn’t say much more than that.

And so I waited patiently for a whole 22 hours and 14 minutes until the call came. It wasn’t Wally, but his specialist intern confirming if I could be please have my backs packed and arrive at Fremantle Hospital by 12 noon to settle in to my ward and then the real tests could start. I was sitting down to work out a Summer roster for Summer Meditation and Breathing classes at an MMA clinic so I was at a loss. I made my way home, met my cousin Den and friend Dun to be taken to hospital. Dad called mum at her school and she was on the road within an hour. Den dropped me off then went on her way. Dun followed me to my bed and made sure the nurses knew I would be trouble.

This is how I found myself in Stroke, Rehabilitation and Geriatrics Ward a fortnight before Christmas. 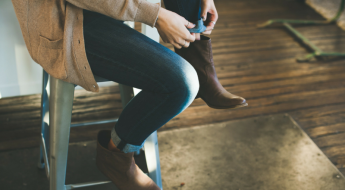