Caring for yourself Health Ophthamologist 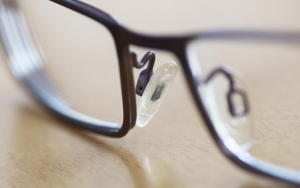 You read that right ladies and gentlemen, I am getting a gold, or platinum, eyelid weight. Confused at how we got to here so quickly? Let me catch you up. Last week I did not write a post. Instead, I recorded a video post. My reason for recording my post was to remind you of what my face looks like on any given day, as I speak to other people. When I was a young woman of 18, I think, something happened to me to cause a partial paralysis in my face. What and why will be explained below, but needless to say it has led to a surgery. Let’s do a quick skim of the details and get on to the good part!

What is the Situation?

Around the ages of 18 and 21 something happened to me. They made absolutely no impact on my day-to-day living and I had no symptoms or lasting side effects, except from a droopy eye and mouth, as well as one eye that just wouldn’t close. Even so, this remained unnoticed until, early in my twenties I was sent to a neurologist, ‘just in case’. I was told it was Bell’s Palsy and there was no real treatment, at my age I should get better and have no issues. Like a shopaholic in sales season, I was picking up diagnoses everywhere then, and this was just left by the way. Largely it did heal to a point, except my eyelid did not re-learn how to close fully. Over time this has caused my sight to be somewhat affected and daily discomfort from the severity of the subsequent dryness. My eyelid just won’t close unaided!

Was it Bell’s Palsy?

I will not cover Bell’s Palsy for you again here, as I have a perfectly researched, pre-typed post for you to read right here. But it is important I go over this part, because it was something that had been niggling at me too. As you may or may not know, I have Cerebral Vasculitis symptomatic of my Lupus (Systemic Lupus Erythematosus). The doctors call this Lupus Cerebritis, as I will from here on. In short, this illness is the inflammation of the blood vessels in the brain, which become blocked. The Lupus in my body causes the inflammation and Lupus sends more cells to the sight to attack the ‘bad cells’ causing the inflammation. Like a dog chasing its’ tail. The same week I was diagnosed with Bell’s Palsy was the week they said I had SLE Lupus. It was another five years before they found the Cerebritis. But now they are thinking I do not have Bell’s, that my symptoms are a product of my Cerebritis.

Why Could It Be Cerebritis?

This one is easy. The doctors are thinking I do not have Bell’s because I have not healed as I should have. I have spent too long on steroids in the past few years for my body not to have healed. This has made the medico’s start to think about what caused the paralysis. Bell’s Palsy is a partial facial paralysis due to, most often, a mild stroke-like scenario. That is how it was explained to me, I am sorry if that is not right. The wonder with mine, given all they know now, is if I did indeed have a mild stroke-like episode. Because, that is what my seizures look like. And with the Cerebritis I have a history of ever so mild brain damage due to compressed vessels. It is just as likely that some of my neurons (?) or nerve-thingy’s have been pinched and then unable to recover. The medical people smile knowingly at each other, nod and say “mmmmh”. So it is just a lottery to guess if I have more brain damage or a serious of mild stroke-like events.

So How Does Gold Fit Into This???

In late 2013 I was referred to a doctor, an Ophthalmologist who is also an Oculoplastic Surgeon. That same week my bed at Fremantle Hospital was booked by my Neurologist and the choice between looking good and solving the issue of unknown lumps in my brain wasn’t hard. I chose the latter and cancelled my appointment with the specialist. It is only now that I am considered ‘well enough’ to take control of my own body. Thus I went to see The Eye Guy. Last week was the appointment. It only took fifteen minutes. He gave me three options. 1: Surgically pinching down the outer lid, which no because I think I have big eyes and I like that. 2: Surgically closing the tear duct to prevent it from taking moisture out of my eye, which I didn’t understand, thus no. 3: implanting a gold or platinum weight in my eyelid on the upper crease resting on top of my eyeball. He warned that A: this may make my face lopsided (not an issue, it already is). B: my eye may close by itself when looking down at a book or laptop (what a great party joke!). C: my body may reject it (I mean, you can only try right?!) It won’t affect MRI’s or metal detectors.

I told The Eye Guy, yes please, I would like to try the implant. He wanted me to think about it, and I told him I already had, from when my referring doctor had mentioned it. Then he tried to reassure me not to worry about the size of it and what it would look like. In my opinion, it is no brainer. My right eye has not closed by itself once in the past ten years and I just do not think I can take it anymore. My vanity care factor is well and truly zero. With the medical receptionist I booked my appointment in and lodged an application for a quote with my health fund. They cover this as a health and wellness item of some sort, meaning I can afford it with my casual work income. 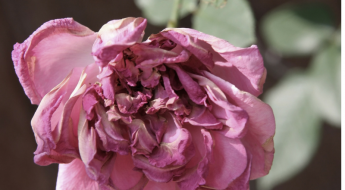