About Me Caring for yourself Change and Revision Support & Relationships 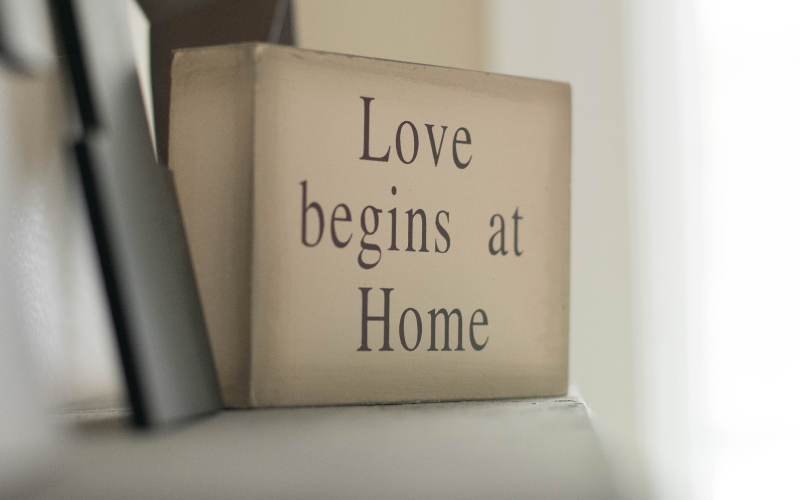 I live with my parents. There you go. I’ve said it. I am a grown adult woman. I graduated from university this year. I turned 30 this year. And I started living with my parents this year. If you look at my health and recent history, it kind of seemed inevitable. From a different perspective, if you look at my life statistics, single white female, currently unemployed on a full-time basis, living in Perth Western Australia with little to no savings or investment avenues to my name, you can see in another way that this is unsurprising. Perth is a big city. Western Australia is an expensive state to live in. We have it good as far as access to amenities. But we also are too spoiled, in my opinion. Vegetarianism and veganism aren’t difficult lifestyle or ethical choices to live by and adhere to, nor is any form of nuanced coffee or ‘smashed avocado’ addiction. I digress. The fact of the matter, pure and simple is that, for the last six months, and into the foreseeable future for me, I live with my parents.

This All Began When…

In my early twenties I studied a little and then worked, using my studied knowledge to enter a career field. As my diagnoses of Systemic Lupus Erythematosus (SLE or Lupus) and Rheumatoid Arthritis sunk in I found I was drawn more to a role that supported my health and health lifestyle. In my mind I was always chasing these big fish and didn’t think about small fish, like getting my life in order for the future. I made and kept no savings. When I realised I wanted to go to university to become a teacher, I had already flip-flopped through to my mid-twenties. With less perspective than I should have had and no forward planning, entering university was a sign to my folks they may need to be ready to catch me if I needed financial or emotional support during. Little did we know that as I started at Murdoch University, my body had already started down the next Lupus trail and I developed the first symptoms of Cerebral Vasculitis (Lupus Cerebritis for me).

We All ‘Kind Of’ Saw It Coming

I did not handle my health and study well. When I talk about it you may think otherwise. The truth is, most of my life was managed by my mother. I had little-to-no realistic comprehension of time or the situation I was in outside of study and I knew it. My house became a beehive of activity, with my parents staying so regularly to help manage my medical commitments. All in all, my parents visited only, perhaps, a quarter of the year. It felt like they were here for the other three quarters. There was a time of, about, eighteen months in which my mother was on the precipice of moving to Perth live with me. She didn’t, but she would have.

At the end of last year, as my parents began counting down the days until I graduated, everything began to change. No longer was life about managing me and making future plans based on my health and my study. Now, they could become unhindered adults. As it became clear that I would graduate earlier than expected and without the degree I had been ‘on track’ to get, their plans changed. In a mad flurry, I realised that I would be getting two new housemates. An older couple, in their prime. My new housemates would be my parents.

This new couple were relocating from the country town of Lake Grace they had lived in for the last forty years to suburbia in Perth. Whilst not overly active in regards to sports and socialising, this couple definitely had hobbies. Hobbies that were more craft-oriented and low-key. She sews and paints. He was a golfer-fisherman-cyclist. They didn’t like big loud parties, neither drank in excess or smoked. She preferred to do the dishes than cook dinner. He liked to use his barbecue and occasionally get stuck into a good recipe from a magazine. Talk of his Saturday Night Dinners were legendary, as was his secret potato bake recipe. This was the pair I was to be living with.

I Am Not Alone. Nor Am I A Failure

As I mentioned before, I live in Perth. I graduated university at a bad time economically and I do not have a partner to support or assist me. There are many people here in similar situations. My illness has not landed me in an isolated circumstance. Sure, it doesn’t help. But there are many single adults living the same life that I am. The life of an adult who has come to live with their parents. To co-habit a residence with their life-givers. To reside in a place with their parental unit. At first I was a bit embarrassed. People I knew around me were moving overseas, getting married, having children, buying and building houses. In comparison, in my 2018 I was graduating from university jobless, turning thirty and moving in with my parents. For a while I tried to make it into a joke. I would say my parents were moving in with me. I hope you can start to see how horrified I was, how much of a failure I felt, when the degree I had been studying for five years suddenly became an unachievable goal for me only months away from completing it. It has taken all of my focus this year to keep from falling into a hole of despair with this fact. It all happened this Winter, it was such a hard time for me.

And Then My Parents Moved In with Me

As an adult, a single, white female seeking full-time employment and coming to terms with a difficult and debilitating chronic illness, this situation could go badly. Many people thought it would, myself included. Thankfully I had been preparing for this scenario for years now and the reality is much better than expected. As far as housemates go, I don’t think I could have asked for better. All the house duties are shared, and if anyone was taking the situation for granted the ball would fall solely in my court. The amount of times I have been helped out by these two is countless. My health has shown me that I need someone with this level of familiarity close by. The truth is, while I can cope independently with my SLE Lupus, I cannot cope with my Lupus Cerebritis. This was a truth I had not realised until they moved in.

What It Is Really Like To Live With My Parents

I grew up in a rural country setting, and thus my autonomy and self-reliance are almost ingrained. Yes, I have had to relinquish a lot of this given my health trials. But the need to remain independent as an adult is still within me. From a childhood in regional WA, to teenage years at a boarding school in another regional centre and finally a swift shift from boarding school straight to self-sustaining a life in the city with my brother as a guide, I can say comfortably I was not used to being around my parents long-term or 24 hours a day, 7 days a week. Now that I am around them so much what can I say for sure about it? We do not fight, avoid each other or get into big D&M’s each day. We are more like housemates, and we all intentionally work towards this goal. Sharing household chores seems to come naturally at times, one-sided at others, as does only co-habitation arrangement. I insist on eating a specific way for my health and wellness, and thus accept that I need to shop and prepare food accordingly. I try not to fall into the role of a lazy child taking advantage of their parents or tag along with everything they do. In fact, I put in some decent effort into giving them space to ease into their relocation, and retirement (my father has just retired from his work). These two are not a buzz kill. They do not interfere with my private or dating life, or make socialising difficult. It would be easy for me to blame them for some minor things that are happening in my life, but it would be petty to do so. Instead, I am reminded constantly of an ideal I should work towards. A passive, peaceful and positive character to aspire towards, perspectives to reflect on and behaviours to follow. I cannot say what it would be like to live with your parents, but to live with mine is an honour, privilege and a boon, given my health situation.

How This Has Changed Me

In living with my parents, I have been shown a great number of humbling things. They have guided me to see where I had developed unhealthy personality traits, thought processes and behaviours. I have learned about much more than I had thought I would and even been able to pick up some old behaviours that I had let slip. Hopefully I am more considerate now, but I could never be sure. I think I needed this to have happened. Mostly, though, it is important to note how many people in Australia at the moment are needing to take steps to co-habit an address with their parents or children. I am just fortunate enough that I have been able to be offered this chance, a place to sleep, live and thrive healthily, safely and securely. A chance to live each Lupus day of this Lupus life as it comes. 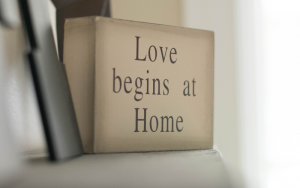 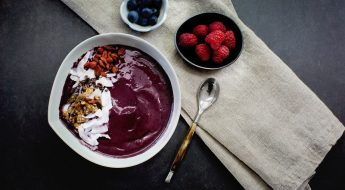 Workout with Woody (28 by Sam Wood)