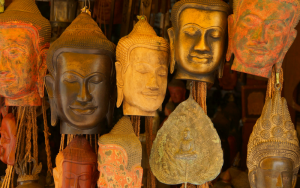 Lupus Cerebritis has been a serious and troublesome fact in this last half-decade of my life. Following the progression of this illness has been relatively as it is coincided with my enrolment at Murdoch University. While not being the desired outcome of this experience, it at least allows me to be sure of the timeline. The story has been shared with readers here in a mostly regular documentary. It became clear recently that there had been no actual clarification on what the illness was, how it evolved and what impact it has on my life. Never fear though! What you have been searching for your whole life, and awaited with baited breath, has arrived. Once and for all I will explain my brain-based vasculitic disease that is Lupus Cerebritis.

“Also known as angitis or arteritis, vasculitis is inflammation of your blood vessels. It causes changes in the blood vessel walls, including thickening, weakening, narrowing or scarring. These changes can restrict blood flow, resulting in organ and tissue damage.” Mayo Clinic

There are many signs and symptoms for vasculitis, of which none could be reliable or positive indicators in me. I am already suffering from two illnesses with the same primary symptoms. Add on the broad spectrum of medications in my system very little can realistically be relied on. So, there’s that. Yay. You may be able to ‘guess’ through success of a course of medication trials whether vasculitis is present. The other option, the most successful and accurate option, is collecting a biopsy sample. This is a portion of flesh taken of the site of inflammation and testing it for pathological markers. The trouble with circumstances like mine is the location of the inflammation was specific only to the brain, namely the cerebral cortex. That would mean probing in to the centre of my brain.  Brain surgery.

“ In some diseases, abnormal antibodies (autoantibodies) and white blood cells attack vessel walls and cause inflammation and destruction of the vessel wall.  Infection caused by a virus can also cause CNS vasculitis…CNS vasculitis can be a serious condition.  The inflamed vessel wall can block the flow of oxygen to the brain, causing a loss of brain function.  In some cases, CNS vasculitis is life-threatening.”

When Cerebral Vasculitis occurs in a person with Systemic Lupus Erythematosus, it adopts the name Lupus Cerebritis.

But wait, you say, what does vascular/vascu- mean?

Vascular refers to the vessels in the body. Vessels are the piping through the body that are specifically placed to enable the flow of crucial blood and fluid ‘items’. As the blood is pumped through the body by the heart, the main organ involved with blood, the Heart System is a system that includes the Blood System. Hence, we have the Cardiovascular System. Cardio= heart, vascular=blood, ergo cardiovascular is heart and blood. This little lesson brought to you but Jessie’s convoluted way of thinking. And the Mayo Clinic.

What were my first vasculitis symptoms and how did this all begin?

For roughly six months in early 2013, there was a recurrence of episodes in which my vision would ‘fade away’. I would black out either in my vision or vision and complete consciousness. Often my speech would become garbled, rambling or staggered. My ability to translate thoughts from my mind into coherent, relevant words and sentences flagged or became stutter and jilted. Flashing light in my sight would appear in the times I was only partially affected. At other times the sensation of being in a small, crowded room of people behind my left shoulder. Even when my back was to the wall. Hearing this crowd clapping or muttering as though muffled on the other side of a door, frequented me at quiet times such as shower- and bed-time. Following a number of scans, they found roughly 20 lumps in my brain. These “Did not look cancerous, so they are not tumours,” but serious enough to book me a bed at Fremantle Hospital. They called these lumps Lesions.

What is a Lesion?

A lesion, medically speaking, seems to me to be a vague category. It seems to be cluster of a foreign or unidentified tissue. They are not cancer and I do not know their relationship to tumours, so I won’t say any more on the topic. Lesions seem to appear somehow in Multiple Sclerosis but what impact that’s has is also out of my ability to comment on. You know about the physical tests and medication trials I have undertaken over the years to discern what was going on. I can now see what some of the news of other tests meant.

What have the tests and trials shown?

The medication trials showed that I was not suffering from a migraine illness. Not all migraines include pain, yet more about migraines cannot be commented on. This is one of the costliest illnesses in the world and yet by far the most under-researched scientific areas ever. A Transoesophageal Echo (TOE) showed there were no inflamed sites along my spine and CNS. An angiogram in Fremantle and Sir Charles Gardiner Hospitals showed the depth of the inflammation lead into the small blood vessels of my brain. Subsequent scans have shown the lesions occur throughout the blood vessels in my brain, but seem to favour the cerebral cortex, which is the fleshy outer area made of the tissue known as ‘grey matter’. The particular part of the Cerebral Cortex in which most of the damage has occurred is the Right Occipital Lobe of the Cerebral Cortex.

What does that mean?

I have looked at a lot of different texts suggestion this area is for a range of things, but these change over time. Science is like that. What I know is that when my lesions are present they mess with my head. And the ones I have had in the past have left me with permanent brain scarring. I call it trauma, it’s so much better than thinking I have damage. That is why I have epilepsy now. My epileptic seizures are, or mimic, strokes before leading to Tonic/ Chlonic episodes. I have partial paralysis down my left side. It is barely noticeable, but I cannot use my left had properly at dinner for knives and forks. Oh, and aaaalllll of the corners that side hits!! I think slower, react slower in conversation and games, occasionally speak strangely and cannot make sense of the words in my head. Following instructions and holding conversation is hard and makes me want to cry. Moving is a whole new world of experiences. I am not stable on my feet and have lost a lot of my depth perception and spatial awareness.

I am getting there. Always there are more times in a week that I feel positive about. I think less about the long-term prospects of living this way. A lot of people who barely know me casually say things like, “Why am I even still studying?”, “Why aren’t I working?” “So, what can I do??” “I don’t think we could date, I mean you wouldn’t really be able to be a good partner or a long-term committment.” And, yes this gets me down a bit. But screw them! I am not that different and if you didn’t know, you wouldn’t notice. Sure, my body is high maintenance, and I like to take life a bit slower, but why the rush? Life moves too fast. 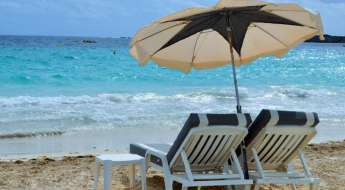