My appointment with my psychiatrist this week was fruitful, to say the least. We discussed things that had not been discussed before. We also spoke about things I feel like I have been speaking about and apologising for so much that it feels like it is the majority of my verbal communication. The blessed news is that things have begun to change. Admittedly, not much actually happened during that appointment, well not enough that I can completely justify how that alone has lead to the outcomes now being put into effect.  But it has and I know better than to question it.

To start off I need to reiterate that I am on one 25mg daily dose of the corticosteroid Prednisolone. This is a powerful drug even by the milligram and in the past I have not shied away from suggesting it is an extreme medication to be taken with the utmost precaution. It is thus with great regret that I realised too late I was experiencing a severe reaction to this prescription and had not put into place my ‘Roids Prevention Measures’.

A severe reaction to Prednisolone, as I consider it, is different to those of other drugs. It isn’t anaphylaxis, hives, swelling, vomiting or any of the things you might typically see with a bad response to a drug. There isn’t even any of that hallucination-style events you hear of with ‘bad trips’ on illegal drugs.

Oh no, heaven forbid it is something easily explained or identified.

What I went through of was three weeks of hyperactivity, anxiety to a level requiring regular calmative medication and near-on hourly blinding rages that can best be described as both confusing and as hot inside my skull as a volcano nearing eruption. My moods, concentration and thoughts were somewhere between the Road Runner, the Tasmanian Devil and a DMT addict, except I was far more temperamental.

It’s hard to say exactly what was occurring in my mind, I wasn’t cognitive in the way that I am with other medications or situations. Normally I can feel parts of my person missing or overworking. Normally my conscience is kicking my shin, telling me to shut up. Normally, when I’m speaking to people the way I was I knew. Even if I couldn’t stop myself I could feel bad about it.

This is what steroids do when you don’t check them. This, and the uncontrollable eating, is what I call a severe reaction to steroids.

To counter this you need to be aware, focused and on the ball from Day One of the prescription. I was not.

Now we come to me for the last few weeks. It’s fair to say my anxiety was largely to do with the upcoming Rituximab treatments, given I had no idea when they would be and what it would do to me.

My irritation could be attributed to my constantly being watched by someone or other. As much as everyone teases me for what I am about to say, I am an introvert. As talkative as I can be, as social as my outward appearances may make me out, I honestly prefer to spend the majority of my time alone or with one or two people. I do not like going out often, I do not enjoy sharing much of my time and I certainly relish the time I spend in solitude with only my thoughts for comfort. When this is compiled together with fact that I have been attended to by at least one, if not more person, for every waking moment of my life since my brain surgery. This is particularly notable as those people have most often been at least one of my parent, both of whom I have not lived with since I was in my teenage years and whose entire presence seems to buzz with activity and a desire to just be around you. Through no fault of anyone, it has been a drastic change to handle on top of everything.

I have not been handling everything about this situation well since the start of September and it just festered.

Thursday morning I was first off the mark at my psychiatrist Elvis’ office. I was feeling confident. I knew what I wanted to talk about. He smiled and let me into his rooms. I smiled, sat down and broke into a gush of completely unexpected tears.

“I have to stop my Prednisolone.” I think my tears were a pretty convincing point in my corner.

He asked me what had been happening.

He asked perceptive and strange sequences of questions.

He asked what other medication I was on.

I told him I cannot handle the steroids any more.

We talked for an hour.

He told me I appear to be suffering from Mania. My unstable moods were what is termed as Manic. Not to be confused with a person who has Manic Depression (Bipolar Types 1 or 2), but simply the moments of Mania. In these instances the chemicals are in overdrive in my body, creating hysteria in my thinking, concentration and behaviour. I was in hyper-hyper drive, hence the jumping in conversations and thinking and moods. I was not crashing or collapsing down so low as to have the Depression, or chemical lows that follow sometimes, rather I was just plateauing. Not from any real sense of release but just from a small lapse of tension. He explained to me in detail and was very clear to ensure I was not taking from the discussion the idea that my current situation was similar to, or indicative of Manic Depression or Bipolar. I was becoming Manic as a direct result of the way the Prednisolone was behaving in my body.

I am sure if I had been more conscious of the treatment, more on-the-ball in this respect, more attentive to my medications, then I may have been able to manage this before it got out of hand.

As it was I was not. And with that knowledge I am awaiting the Rituximab infusion this Friday, at which point I will also see Elvis and he will be able to discuss with me what he was able to negotiate with my NeuroImmunology Team. In the interval I am taking small amounts of a mood stabiliser. This will keep the people of Perth safe, and most importantly the members of the general public with whom I will be interacting (my family and friends) happy.

Disclaimer: I am once more in a blinding rage and so if my words have a sting towards the end of this piece please forgive me. I love you mum and dad. I do not mean to sound angry. 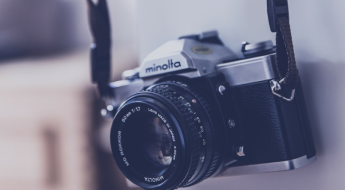