Now that I’ve had a bit of a general look into food I think we can truly get serious. Do you feel like I’ve had a ‘Mum’ grumble? Do you think I’ve done an opinionated rant about popular dieting beliefs? I probably have and for that I’m sorry. I just wanted to ensure that the foundation for inner health was established before we looked towards improvement. I don’t think you should try a specific type of diet before you honestly just try a natural balanced diet, as most often this can actually be all you need.

If, like me, you adhere to a nutritionist-designed natural and balanced diet and exercise as your doctor advises you, taking the right pills, supplements and various alternative therapies, if after all this you still are struggling then what?

One option is the Juice Reboot Detox Diet. Diet here is a short-term detoxification change to your overall eating regime with the intent of making long-term changes.
The Juice Reboot Detox was put together by Joe Cross with a large amount of research, advice and assistance from many health, diet and nutrition specialists. It takes the idea of our body’s lacking vast amounts of the natural nutrients found in fruits, vegetables, herbs and spices and it just runs wild. The concept engages the theory of micro-nutrients (nutrients found on a microscopic level) being absorbed easier when the food they are in is broken down so our body doesn’t need to waste energy breaking it down to access it. So it requires large mixed amounts of fruits and vegetables and juiced for consumption.

Joe Cross is a sufferer himself of an autoimmune disease and designed this program to heal his own body. He made a self-funded, self-produced documentary following the first time he tried this program, which is incredibly inspiring to be honest. That film is called Fat, Sick and Nearly Dead and since its original release he has refined the program, expanded and tailored the recipes and process for specific targets, illnesses, lifestyles and time frames. He has released a second film, numerous books and held many self-guided Juice Reboot Programs for individuals.

The success (he and many others are in remission without aid of medications), rationalisation and benefits of Reboot with Joe on the Juice Detox Diet prompted me to try for myself. These days it is marketed as a weightloss program, which is the sensible approach as the likelihood of a specific program being able to eliminate health issues in every person is an unrealistic claim for anyone to make.

My experiment: I call it an experiment as I approach all these style programs with an investigative and cautious manner. Just in case.

I bought a recipe book (Reboot with Joe) and read it thoroughly. I made a plan of what a day of juicing would look like. I estimated roughly the cost of 20 juices from random parts of the book (AUD$7 each). I calculated how much juice is consumed a day and daily cost (5 therefore upwards of $35 if you include the extra coconut water). Pretty harsh if you, like me have a student income (less than AUD$15,000 annually).

I found an ‘ideal’ juice for the time of year and my body. I had a food processor so would need to adjust for that by adding more water to my mix. I made the juice. I ended up with almost a litre of vegetable and fruit chunks. It took four hours of forcing myself to get through the bulk of it. This was unrealistic. I asked around my family, found a juicer to loan from a cousin and tried again. 600mL this time and only five minutes to consume.

MUCH more practical and tastier!

I made a schedule. First I would try one day to see what timing, prep and cleaning were like. Later I would try a three day program, then a five day and much later a ten-day. Allowing time in between would allow for me to pull out, no stress, if it isn’t working. It will give my body time to acclimatise to the change if it needs. It would also allow me to take note of common effects and how my body responds at different points.

On a One Day with no other plans I set forth. My supplies were ready, recipes chosen, my juicer prepped, my conviction set. Most of the time was spent in the kitchen preparing. I felt really good and had no stage where my body craved solid food. It was great. I slept so well  that night. But the next day I was walking around like a zombie in the deepest grips of depression with very strong desires for death. The high from such a large amount of fructose and carbohydrates (I assume) had brought about a counteractive low that nearly drove me off the deep end.

I waited four days before trying the Three Day program. I prepared some of my juices two at a time, so as to save time. Once more the first day was amazing, my sleep was wonderful but my second day left me struggling to feel anything but a burning feeling of blackness within me. I tried to keep myself together, wondering what the third day would be like. I barely got out of it with my head above water, although I did stick the third day out for the sake of research.

I only waited two days before attempting the Five Day Program and I was truly reluctant to even go that far. My only consideration had been that possibly my hormones may be playing a role in the situation and I wanted to see if a longer length of time, as well as a different part of my cycle would have the winning impact on my body.

I pulled out after day two of the Five Day Program. I knew my health wasn’t worth trying to push through. It was not worth it, for me, with my current range of treatments and health concerns to attempt to overload my body in that way.

I feel as though, in my situation, I already eat an adequate amount of fruits, vegetables and herbs. My intake of man-made products is limited and I avoid a large amount of additives and preservatives, as well as processed foods, that may aggravate some conditions. I can absolutely see how this program is effective for many people who have not yet incorporated a healthy dietary approach to control their illness. There is a lot of research and evidence to support this theory and practice and I would definitely encourage it of others.

As always, however, I would only suggest this diet is approached and undertaken after consultation from and through guidance of a nutritionist and medical professionals. 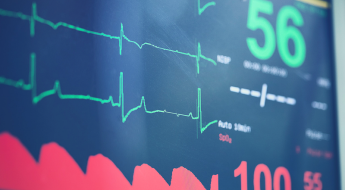 « Previous post
JuicePlus+: My preferred cheat
Next post »
What to take out to build up your diet