Survival of the fittest: Neanderthals had Lupus

http://simply-indifferent.tumblr.com Image sourced from the link above Universe is Indifferent

I have always carried a secret concern about the whole ‘Survival of the Fittest’ theory. I LOVE Darwin, got as close to him as possible at Westminster Abbey. I have my own hare-brained theories on why people survive in an age when medicine and the law refuse to let us die. They sit close to my theories on yoga for rheumatic illness, life in outer space and why cats purr.

So, yes, I do believe in survival of the fittest. I do believe that medicine, while it is unbelievable, incredible and splendid in its’ ground breaking discoveries, it is also perhaps enabling certain genetic malformations to be prolonged in society. Perhaps people aren’t meant to do certain things, and some illnesses, which should have died out through inevitable deaths of the carriers, are defying the odds a surviving to torment generations more people.

My idea isn’t fully formed, nor will it ever be. To be perfectly honest, I love what possibilities are available because of these break-throughs. We are a species that is defying our own genetics. We are not only surviving, but thriving. We run without legs. We communicate when nature has determined we cannot. Broken spines no longer mean indefinite paralysis. Brains are even rewiring themselves with the chemical an neuro stimulus. Printers from the 1980’s have the capacity now to print flesh and soon it will be veins or organs.

So you see, I believe medicine is good, prolonged life is fascinating and that the healthy and strong of each species should survive, so this basically means everyone born on this earth today (and let’s try hard for the terminal ones too). I’m a fence-sitter.

Sometimes in my moments of reflection however I do start to question things. Mostly it’s all about me. I have Systemic Lupus Erythematosus (SLE or Lupus for short). If I was born in another country, or a few centuries back, what are my life chances like? Death in child-birth would be most likely a given. If I fell down some stairs, cut myself in the kitchen or was slapped in the face by a man would also be fatal. Chances are I wouldn’t have made it to 25. Yet SLE is genetic, which means I got it somewhere and it would be traceable through earlier generations for sometime.

As I said before it’s something to think about between wondering why cats purr and how much life there is on other planets.

The exciting thing for me was coming across a Harvard report that suggests my genetic default is a Neanderthal thing. There is also discussions about the ability to stop smoking, Type 2 Diabetes, Crohn’s Disease and Biliary Cirrhosis. All very important and it isn’t for me to restate what those guys at Harvard say so well so read it for yourself.

A lo of my conscience has been eased with this revelation as it brings my fence sitting in to a much more savory light. If these disease have survived that long, then no doubt many more are similar, or have malformed over the thousands/millions of year we have been living on this earth.

Survival of the fittest you say? Lupus looks pretty fit to me!

Based on genetic research conducted at Harvard Medical School and Max Planck Institute for Evolutionary Anthropology. Concurrent research published separately by another team in Science. 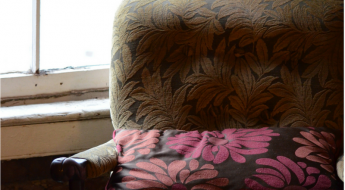 It's enough to make you lose your hair