Since I have begun four new medicinal treatments in the last two months I do not want to go into too much detail. I also feel I have covered the context surrounding the prescription of these drugs more than I have needed to. For now I will skip all of that so we can get to the juicy stuff, and that is considering what new pharmacological concoctions are now throbbing through my system. Here are two of them.

Reason for prescription: This is to balance me whilst I am on the dose of prednisolone over the period with the lesion in my brain. The size of it, added to the stress of the situation I have been in over the last few months had lead me to a point which necessitated I stay on the steroids, and gain an extra stabilising mechanism. I say extra as I had previously been stable on the antidepressant Venlafaxine and early trials had indicated I did not function well on an increase in the strength of that medication.

I am on a ridiculously small dose, so small in fact it requires numerous chops of my pill cutter and the actual dosage is rarely likely to be consistent two nights in a row. I take a segment of a pill at night, and it sedates me for 8-9 hours, leaving me docile until late the next afternoon. The irony? I have not felt this clear headed since May.

Needless to say this is not a script I enjoy having in my repertoire and it weighs on my mind more like a burden than a blessing. As a responsible patient, however I know I am only ‘coping so well’ because of this drug and so I will not miss or meddle with it until the doctors advise me to, and then I will proceed as they direct.

This is not actually a new drug for me, yet I have been reluctant to discuss it in the past. It has never been confirmed to be working, and with my feelings on it in general I held back. My feelings were more to do with the situation of uncertainty hanging over my ‘episodes’. This whole uncertainty was a ‘are they strokes, are they seizures‘ affair that is occurring to this day. The doctors are definite that I do not have epilepsy. This is confirmed as both ‘not epilepsy‘ from the cerebral lesions ergo vasculitis, and ‘not epilepsy’ from the cranial biopsy.

So what I am trying to say is that, during this whole saga, I have been on a prescription for Sodium Valproate. When I had my episode on October 16th during my second Rituximab infusion there was certainly undoubted proof that something I was taking wasn’t working as it should be. The blessing of this episode was that there were many medical staff to monitor and observe me during the whole thing. I was in the best position to have an assessment and for decisions to be made. The decision was that my dose wasn’t strong enough. Really it is a small dose, all things considered. Apparently. So the dose was increased, both in the mornings and evenings. It will be reviewed when things settle down.

I will introduce you to another drug tomorrow and discuss what the bleeding heck I am going to do about the pharmacy that is now my bathroom cabinet. (!)

Further readings on Quetiapine are are:

My other new prescription: Mycophenolate 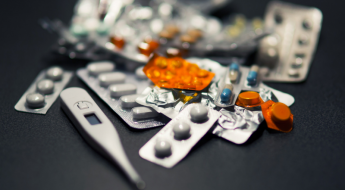 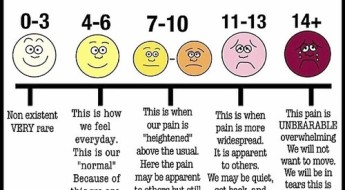