This would have to be the sneakiest symptom I have ever. Allow me to set the scene.

In the Summer of 2007 my brother, a group of his friends and myself had tickets to The Big Day Out music festival. A rock music day festival, often coincidentally falling on one of the hotter days of the Australian Summer, it was an annual event we all looked forward to immensely. We arrived mid morning and made our way to one of the stages which was known to hold some of the ‘heavier’ acts.

Yes, I liked heavy punk rock and metal music in those days.

Yes, it was genuine appreciation for the music and not an attempt to seem ‘cool’.

One of the girls I was with, the two of us under 5 feet 4 inches (170 cm) in height, helped me to make it deep in to the mosh pit to ‘really enjoy the experience’. Admittedly, the band was far from what you may consider ‘heavy’, so we knew we would be able to ‘handle it’.

A mosh pit, by the way, is a crowd of gig attendees that stands in a compact and confined space as close to the stage as possible. As the music builds and the excitement of the crowd builds with it the individuals within move to the music by ‘squirming’ (my word) and jumping sometimes even thrashing and punching arms. It takes a strong person to withstand the aggressive nature of the close confines dancing as you need to be comfortable with numerous strangers rubbing and moving in the same manner against you. The crowd surges in many directions and you need to have your wits about you to move with them without being trampled on (yes that happens). You don’t wear loose jewellery, sunglasses, thongs or high heels in these mosh pits. You accept the pushing and worse, the violation of your personal space and the smell and sweat of your neighbours. That is just the way they are.

We surge forward with the crowd. We surged back with the crowd. Again forward. Again back, this time a little further. I smiled at her. She smiled at me, her eyebrows raised. Silly Guy Behind Me was angry. I had pushed his Silly Girlfriend in Heels TWICE.

I had to pay. (Apparently.)

He grabbed my shoulder, swung me around to face him. “Don’t push my girlfriend!” His elbow connected with my left eyebrow. My friend pulled me away, lest I be hit again. She pulled me out of the pit. As far as Pit Rules go, Silly Guy and Silly Girlfriend had broken one. They had been silly and I had paid.

Over the next few months my eyebrow fell out. A soft lilac bruise with a silky smooth skin finish blossomed and never fully left. The eye would become red and irritated, always itching. Sometimes the flesh would swell somewhat but that was always only ever minor and brief. My mother took me to numerous Ophthalmologists and Optometrists over the next few months, as my GP could not explain what was happening or whether the effect would eventually start to damage my vision.

It wasn’t until a year later that other events occurred which explained this ongoing symptom.

This story I feel is important as it was the first notifier of my Lupus which I actually sought medical assistance for. Unlike my Butterfly Rash I was concerned about this. The situation at Big Day Out was a misdirect for you as I was for me. I tell the tale as it is the only time I have been close to any type of confrontation in my life, and it is somehow also the first step my mother and I took down the path of really starting to push in the medical system to find an answer that would satisfy us, or else gather enough supporting diagnoses that we could feel confident there was not something to be concerned about.

Just like others, I had to go to many doctors, ask many questions and it took a long time until there was enough documentation to link them all back to my SLE. 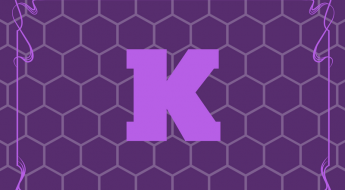 Thursday at the Doctors