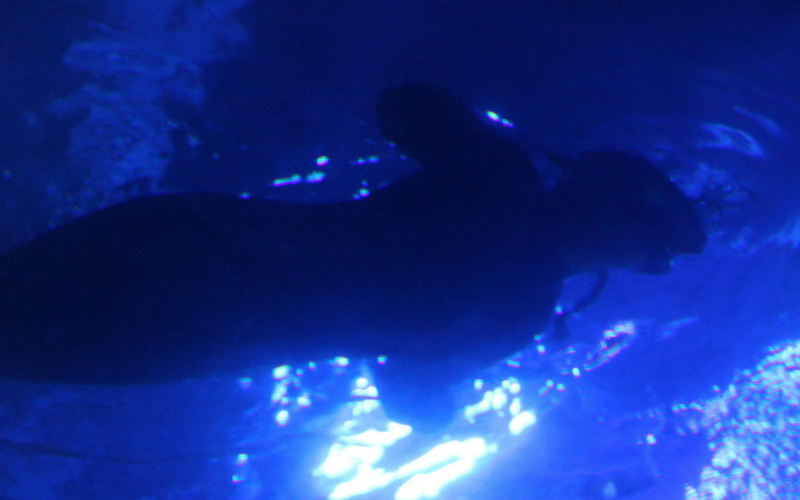 Two weeks ago I swam on the surface of the water in Sorrento. This statement at this time of year at this location is almost meaningless in isolation. This swim was anything but meaningless. It was a gift, both physically and metaphorically as my life and my ongoing existence has been.

on the surface of a shark tank

One of my favourite poems is from the film The Watchmen, a Marvel Comics adaption. It was written by Alan Moore and quoted in the story by Dr Manhattan (Dr Jon Osterman). The poem is titled ‘Your Existence is a Thermodynamic Miracle’. This poem expresses the awe and wonderment that occurs when you realise how extraordinary it is a person comes to be. Add on to this awe the sheer volume of people that have existed through time and are currently in existence. That miracle is what this poem describes. That awe is what I feel every day when I wake up. On the surface you see me struggle to keep my eyes open for the first few hours, I cannot think at full capacity but do not doubt that I am in awe of my existence.

On the surface I think to many I seem hostile, rude, or uncaring. I speak now to those I am familiar with in an abrupt way, because they know it is hard for me to speak a lot. Under the surface it is an effort for me to maintain a steady conversation with someone I am not so familiar with and so I avoid it. I often can be caught with unfocused eyes, not really paying attention to anything, sitting or standing quietly alone. This is never awkward for me because under the surface of this pensive gaze is the mind of a person filled with wonder at the fact that I am still here. Little things, small occurrences and miracles I see, hear, touch, feel, experience everyday fill my heart with joy and peace for the gift of being present at just that right time.

I love listening to the conversations of others, or seeing the notes they have made on a page. This is not me being nosey more wondering what is going on under the surface for them. People. What motives them, how they make their connections, how come we are all different, why does the grey matter of our brains have such a big impact on this (our) species and not the other animals of the animal kingdom?

We truly are thermodynamic miracles.

Living on land we have, at least in our imaginations, some ability to make a connection with other land animals. Even if it is that we have legs and walk/ hop/ slither/ crawl on the surface of this planet. But there is little we have in common with those that live below the surface. Of everything on this planet, these creatures have the potential to have been affected the least by the existence of human beings. We only get to be in their world for snippets of time. It is a gift, one which I share rarely given the nature of my health.

In the first week of January this year I chose to change this, if only for a snippet of time. I exchanged the surface of my world for theirs below. The location was AQWA, The Aquarium of Western Australia, at Hillarys Boat Harbour, Hillarys, Western Australia. The time was mid-afternoon. The day was hot. My mother and I arrived at lunch time and ate a small meal overlooking the many families sharing a day out at the enclosed harbour side in front of the water attractions. From here we walked up the boardwalk to AQWA. The exhibits in this giant aquarium are exquisite, some of the best I have seen around the world, and I have been to a few. The attraction I was going on was the only one I was interested in and it is unique.

I was about to swim with sharks.

Mum bought an ice cream and I bought a water then we headed to the front desk to sign in. The dive instructor picked us up, directing mum and the other families where they could view our dive from. The tank we would be in was the ‘Deep Sea’ Aquarium, featuring the south coast of Western Australia and marine life local to the region. Spectators would travel down many steps before entering onto a travelator taking them into a glass tube situated at the bottom of a large aquarium tank. Within the tank were at least three Rays, the largest being 3 metres wide, dozens of Pink Snapper and King Fish, most over two feet long, a 45-year-old Turtle, 2 Bronze Whaler Sharks, 1 Nervous Whaler Shark, 1 Sandbar Shark and 1 Grey Nurse Shark (which was 2.5 metres long).

There are two ways you can enter this tank: as a scuba diver or as a snorkeler. Given that I have…issues…I have never really thought so far as trying scuba diving but I have snorkelled and so this had been the gift my closest friends had gifted me for my birthday last year. The equipment was supplied and easy to get on, with instruction. I had loaned an underwater camera, my mother had my DSLR, neither of which we managed to do a whole lot with so my pictorial proof is virtually non-existent. Sorry.

The snorkel swim was half an hour long and involved the group of four drifting on the surface of the water in this massive tank while the enclosed life swam only a small space below. Along with myself was the instructor and a father-daughter pair visiting from Adelaide. The tank has a large limestone structure in the centre, replicating a reef. We swam anti-clockwise down one side of the structure above the glass tube of spectators below, resting for a period on the reef then continuing our circuit back up the other side. This rotation occurred four times in total and brought us incredibly close to all the inhabitants of the tank.

The Grey Nurse Shark swam directly below me and only centimetres away twice! Once a King Fish rubbed itself on my leg, trying to rid itself of dead scales and I thought I would drown from screaming underwater, but I held my cool. To express how blank my mind went when the giant ray cam near is impossible, I just went numb. Everything in the water was so serene and at peace with it’s surroundings that I could not feel fear. Do you fear a kitten purring in front of a fire on a cold winter day? Being on the surface of this aquarium, with so much miraculous life and all of these untouchable creations was incredible.

This gift was undoubtedly the greatest gift I have ever received and I am more humbled for this experience than I could ever say. To be honest, this is the most I have managed to say about the swim so far. It has left me speechless.

If you have not experienced how much of a miracle life is, I would highly suggest asking yourself how you can get below your surface. 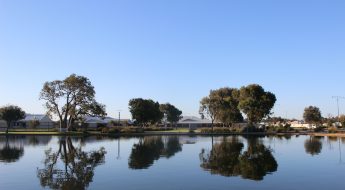