What is going on?

After a quick trip to #physiotherapist this morning I'm back to my #holiday #sloth ways. I dont want to undo the work done on me this morning so I'm resting as much as possible! My #costochondritis is back and causing havoc and #pain. So here I am lying back and watching #DoctorWho with a heat pack. #Lupus #SLE #SystemicLupusErythematosus #lupusawareness #chronicillness #chronicallyill #ThisLupusLife

As you may or may not know this past month has been quite an active time for my body when it comes to my health. I was raced to Fiona Stanley Hospital following a swift surprise onset of what appeared to be my inexplicable ‘anaphylaxis’. By this I mean that some time after 8pm my stomach began cramping, eyes reddened and itching, my lips swelling and airways closing. There is a small amount of time for me to seek medical attention before my airways close off and I lose consciousness. I made it and was treated, only losing three days to catching up on sleep. Exactly a week later my skin decided that it was not pleased with something and it began reacting to another mystery allergy with a my full-blown invisible skin rash. For the fortnight since then I have been coping with the skin allergy only with daily antihistamine prescription medicine Endep.

At this point I have to state very clearly that for the most part I am just pleased that I haven’t yet experienced any of the colds that are making the rounds at present. Prior to the hospital visit I had been to see my GP (General Practitioner) Evs regarding some other concerns. One of these was contraception and the other was a pain in my lower abdomen.

Abdominal pain is always difficult for physicians to diagnose and treat. There are just so many organs that are compacted into such a relatively small space that everything is layered on top of and around each other. The organs are so close together and yet the nerve endings may come from noticeably different origins in the spine, which will have an impact on some pain symptoms. The close proximity of the organs also means that often they don’t show as clearly in some scans and tests. Identifying which organ is troubled and how it is troubled can be awfully hard. Add to that the fact that pain is immeasurable on a scientific scale, and varies between people, genders and is even dependant on the functionality of a persons endocrine glands.

I’ve had a few complaints of abdominal pain over recent years. Two of the causes for pain in exactly the same location of my abdomen were transferred nerve pain from inflamed cartilage in my thoracic cavity (costochondritis) and from kidney stones. So you see already I am familiar with not only the types of pain that can occur and how to discuss and describe pain to the doctor. She was on to my complaint quickly given that most things had been tested for only in the past 6 months when they were looking at my kidney stones. The pain (as is circled in green below) crosses my abdomen from side to side and is located for the most part at the back but can be felt from the front very easily. It has been present in my body since October last year to varying degrees. For the majority of the time it is easily ignorable and rests at 2 on a pain scale of 0 to 10. Towards the end of the day and on some days the pain rests at 4 or 6 and it is never completely dormant. The pain is a sharp and acute warm slicing sensation that isn’t dissimilar to what I imagine a block of cheese feels as a warm wire is pulled through it. Except it is much broader and less specific in location than a wire in a block of cheese.

Following my hospital visit I had to see an immunologist at the Immunology Department of Fiona Stanley Hospital. I was happy to do this, I am always willing to discuss Systemic Lupus Erythematosus (SLE or Lupus) with a new doctor to get a fresh perspective. I also had to undergo two 24-hour urine tests to investigate further what is going on in my body in regards to the ‘anaphylaxis‘ and the abdominal pain. The results of these tests are to be sent directly to Evs and my Neuro-Immunology team at Royal Perth Hospital (RPH).

Yesterday my mother caught a lift from their home in a small, isolated, rural town in the South-West Wheatbelt region of Western Australia. She drove me to an ultrasound I had to investigate if the cause of the pain was any unusual growths in my lower urinary tract, reproductive organs or any other organs thereabouts. The good news is that the Radiographer did not identify any growths or similar which were of concern. I had a ‘tiny follicle’ which was ‘nowhere near the size of a cyst or anything that I should be concerned about’. Everything is supposedly healthy-looking in my lower abdomen.

This is as reassuring as it is confounding. If there is not a growth of some kind in that area, then that leaves more answers of what it isn’t and more questions about what it could be. Thankfully I won’t have to wait much longer. I will see The Team at RPH next Monday for some (hopefully) insightful information.

My mother will be staying with me until then. My father will come up to join us over the weekend. They are both much more worried about this situation than I am, which suits me as I prefer to worry about my assignments. This coming weekend we can have a big family dinner and talk all about my health and other much more exciting topics, such as one of my best friends Nelly who recently started dating my older brother T-Dizzle! I’m such a cheeky little imp when I feel like it!

Needless to say I will update you on this concern as more news comes to hand. 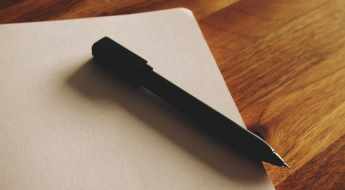