I have experienced two forms of torture this last week. One was not inflicted by any one person or thing, but rather a large amassing of many things, the other was my mother. Pure and simple.

Last Friday, 4th September 2015, I took a call from the Mr Leo, of my NeuroImmunology Team at Royal Perth Hospital. It was late in the afternoon and was the follow up I had been expecting to discuss the results of my cranial biopsy.

The biopsy had taken tissues samples from the lesion that was presently growing in the right hemisphere of my cerebellum in the occipital lobe. I have shared some of what was found, but I left some details out. I did this because I felt I would be able to share more in a brief period of time.

However, a week has now passed and I have existed in a state of awkward limbo. I have not had any further information advising me of what happens next. I have undertaken my own research, where possible, hypothesising over my future in as clear of a manner as is possible with the such vague knowledge to go on. So I bite the bullet and decide to bring you up to speed, if only to hold my deepening feelings of depression at bay for a brief while longer.

The lesion was definitely vasculitis, as you and I know. There was also a presence of lymphocytes. The vasculitis was confirmable through inflamed tissue cells. There is no way to identify if all are damaged and show inflammation from past incidents, or if it is a current issue. The vasculitis is contained within the cerebellum, unlike the more common Neural Vasculitis, and so takes its own identifier of Cerebritis.

More a factoid than a relevancy.

The test for the condition of the lymphocytes now is to see if it is lymphoma or just stray cells. This is a typical test, necessary for ‘just in case’ more than any real concern. In the same way my blood has been tested for pregnancy and leukemia as well as platelets every time it has been taken since I was 15-years-old. The stains to show lymphoma take longer to develop than vasculitis, hence they weren’t clear last week. Yet as time progresses my worries grow.

The call was positive in one great respect: it gave me knowledge of a treatment. Leo said they wanted to try an outpatient infusion therapy to ‘nuke’ (my word not his) the lesion, evicting it with force from my body and, at the same time, hopefully preventing future growth development.
‘Let’s do it,’ I told him.
‘You’ll be an outpatient at RPH hopefully, just a daybed booking. There are risks. I need to apply for authorisation to administer this treatment. You need to give me permission to make the application. Would you like me to go through that now?’ He was very polite. He rephrased this information three times in three different ways just to make sure I wasn’t being cavalier.
‘That is fine. I would prefer for you to get started on all that and we can go over it when I see you next.’ I just want to be well. I wanted this to be over. I may have gained back my fighting spirit, but I knew it could only last so long.

He told me the name of the drug. He gave me some reassurances and promised to contact me soon.

Of course, I haven’t heard from him yet and so here I go:
The drug is a chemotherapy treatment.

Systemic Lupus Erythematosus (SLE or Lupus) has been known to be treated by chemotherapy in certain instances. Even Rheumatoid Arthritis has progressed down this track. It is to do with the way the immune system is functioning, the severity and location of inflammation and the specific reactions of the body to the particular chemotherapy medication.

I’m not scared. I’m not upset. I’m not ambivalent or uncaring.

In an attempt to comfort us both mum spent the week making her best sweets recipes.

All of this was the utmost height of torture to me as I attempted to regulate my poorly managed low-carbohydrate diet. (I discovered through low-carbs that I hoard sugar and it incites severe sweet-tooth cravings, particularly fruit.)
I just can’t even. All that sugar. I preferred it when she coped with my health through spending sprees. 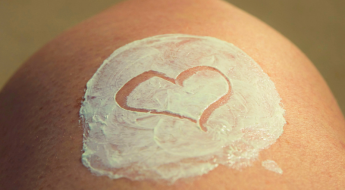