I wanted to hold off on this post until I had something to give you. Suddenly in a whirlwind, it is here, my something.
Monday 17 August very late in the afternoon my mother, father, Gallowe and I converged on the neurology clinic at Royal Perth Hospital. Only one specialist physician was in attendance. The Mr Leo of my NeuroImmunology Team. He specialises in Immunology. The Connor of the team is NeuroImmunology and the Ms Leo heads Neurology. The absences were notes but not upsetting to us. The main discussion of the appointment was reconnaissance and revision of my current status.
You know I was in Fiona Stanley Hospital exactly two weeks ago following a seizure episode and you know my seizures resemble strokes or transient ischemic attacks in presentation. You know that following this episode and the hospitalisation it was identified that I have another lesion in my right cerebellum which was a site of inflammation due to my Lupus (SLE or Systemic Lupus Erythematosus) induced Cerebral Vasculitis (Cerebritis).
The inpatient treatment was a three day course of intravenous methylprednisolone (a corticosteroid used to reduce inflammation by knocking out the body’s natural immune responses). Since then I have been taking a somewhat smaller dose orally each morning to continue this influence in my body.
I have also been waiting for a next step.
The appointment Monday was booked in July, well before we knew I’d get all ‘attention-seeky’ again. It was well-timed. Mr Leo was able to make some very good definite statements about me now.
The patch is a lesion.
It is not a tumour.
It is not blood.
The small white residual ‘spot’ is likely scarring and hardening from past incidents. It is a cyst.
They do not know what the lesion is made of.
I have not been having seizures.
I have not had a stroke or transient ischemic attack.
I do not have epilepsy.
This could be Lupus.
This could Vasculitis.
It is very unusual the activity is restricted to and occurs only in the same spot.
They don’t know what to do and so need to call in a panel of specialists from other fields for comment.
The panel met this morning, Wednesday 19 August. Ms Leo was there, as well as radiologists, radiographers and some other field specialists. I was called first during my first lecture at about 11am. The doctor informed me I would be admitted to Royal Perth Hospital overnight this week. He said I needed another lumbar puncture and an MRI. The puncture is why I’ve got a bed, moving after one of those is not allowed. Anything more I think they still don’t know.

So here I am. Waiting in admissions of the neurology ward at RPH. Wondering where my future will lead me. Looking forward to being held by Gallowe. 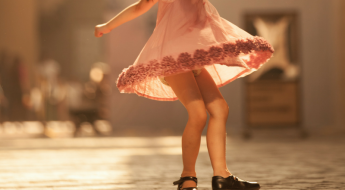