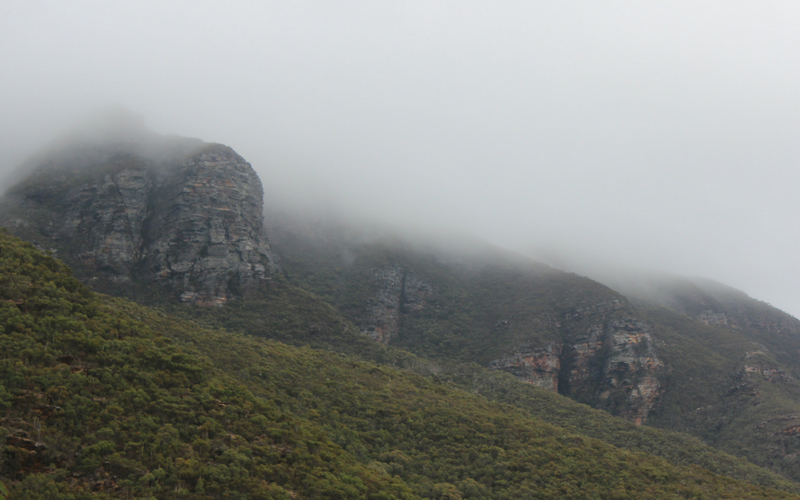 Last year, as we all know, was a rough year for me. Even this year seems to have started out rough for me. Yet, it is not all doom and gloom for me, as much as it seems that way. Last year I accomplished two amazing feats that were supposedly edging on the realms of the impossible for me. The year of 2017 basically began with me in swimming in waters with Grey Nurse Sharks and 3-metre-wide Manta rays. You know this, I have already told you all about it. What I have not yet told you is the much more amazing time I climbed a mountain. In the worst possible conditions for me, and at one of the most unwell moments I have been in in years. But I had to climb that mountain. Why? You ask. To prove that I could.

The Day Dream of a Lifetime

I have mentioned before that I was born and bred a country girl. Developing from a peanut in my parents’ dreams, my very soul was created in the soil of Lake Grace. With family originating in the district and migrating south, much of my childhood is filled with memories of trips to Albany. This journey, as I may have mentioned in previous posts, inevitably took me through the Stirling Park Mountain Range. The road brushing the lower bases of mountains running east(ish?) to west(maybe?), particularly the skirts of the tallest mountain, Bluff Knoll. Also at the base of Bluff Knoll is a Caravan Park, a travellers lodge and a roadhouse café. We stopped there often, and I recall many delicious hot dogs and pig dogs (it is a food; to view them follow this link) being consumed because of their kitchen. The point is, I saw this mountain often and from a young age and knew all about its ‘climbable properties’. And I thought it was awesome.

The Year Started out so Badly

Last year, it became obvious early on that it was going to be a tough one. The first few events that knocked me down had me in a way that left me forgetting which way was back up. That fateful day I left an examination presentation at the end of my first semester and walked into the Dr Cope’s office a few things happened. I won’t go over the same stuff again so we will skip that here, but you can revisit it here, or here. This genius lady who had only just met me ‘made my number’ from the second I walked in. She saw I was a go-getter and basically told me I needed to go away and get something. I needed a community, a goal and an accomplishment. We talked a bit through things and I came away with a goal to build my community in two ways, and a decision of what to accomplish. That last part was the mountain. Of course.

Getting to My Mountain

I was officially on my mid-year university break and it was winter in Australia. In my heart I knew the place for me was in the country home where I grew up with my parents. Turvy and I packed up the car and left for Lake Grace. It was not until I was walking the dogs with my parents that evening that I realised how cold that part of the country could get. How had I forgotten? I turned to my mother and told her confidently, “It is so cold I think I may die in Albany.” (I referred to a short trip I had planned to see my friend Dunsty. She gave me her warm clothes to take. We all know what happened next, with the car exploding, the cold taking my core to thermal levels and Albany physically abusing my Lupus riddled body. The early starts of our trip to Bunbury, and then Kojonup, doing nothing to help. At no stage did Dunsty Albany ask me if I still wanted to try the climb. He knew I was stubborn and that if I didn’t say stop, there was no way he could change my mind. He is a good friend. We left his mother (Twig)’s place in Kojonup at 6am in the pitch dark with a strong cup of coffee, bellies full of porridge and grim but determined faces.

Bluff Knoll came into sight from a distance. The clear sky was a positive sign as we had been in the rain since leaving Kojonup. The few remaining clouds were grey but fluffy and blew slowly, also good. I won’t say it was warming up. Or that I was getting used to the cool air. Instead I will say I was grateful my socks were woollen, that my hiking boots rose up to my ankles and I had woollen clothes under water-proof clothes. By the time we reached the top carpark the grey clouds were back and thicker than before. There was one other car there. I told my friend to go on and leave me to amble. All I needed I had: my camera, hiking sticks and puffer. This was not a race and there were no expectations. For three hours I climbed up. I made it to the last safety warning. My friend made it to the top and back in that time, in a singlet! My trusty puffer was put to good use for me every third step. The raincoat aided on the way up and stifled on the way down. I would not have been a successful climber without my borrowed sticks. At every pace I was in so much more awe of the world. Never, in all my years of dreaming and planning had I come to the realisation that climbing a mountain meant climbing a mountain!

“Reaching a height of 1,099m (3,606ft), Western Australia’s second-highest point is one of the few places in the state to experience regular snowfall.” (Inspirock, 2018). This mountain appears to be 98 kilometres from Albany leaving from the Chesterpass Road exit. It is found in the Stirling Range National Park, estimated return length of the hike up and down it seems to be 6 kilometres and the average healthy adult is expected to cover the return hike in 3 hours on a typical day. So yeah, for me 3 hours up and 1 hour down. You are climbing a mountain, so it does get steep and rocky the higher you go. Funny, that. The highest point I climbed to was the last safety checkpoint (1.6km from summit), you are alerted that rounding the corner will take you into strong wind currents. Where I was it was pretty flipping windy and it sounded like all of the oceans were crashing onto all of the shores just around the bend. Heavy stuff. You must take water, sun protection and appropriate clothing for the cold weather. The climb will fool you into wanting to take it off, but a rational person must remind themselves that the climb takes it out of you. Thus your immune system will go down. Thus don’t fall for it fool. Especially if you weren’t well before the hike. And you have lupus so why are you even here? Don’t you listen to your parents ever, at all?

We arrived back in Albany at 3pm with bellies full of pies and milkshakes. I went to bed at 4:30. Of course with the Bed Of Death I was awake by 7am the next day. My departure for home was delayed so I could say goodbye to my friend. At 9:30 I woke him up (screw him, how dare he sleep better than me!), packed my dying, disintegrating self into the rental car, called my folks to let them know to expect me and left Albany. I was right. It did kill me. But it was worth it.