Human Potential is the same for all.

Your feeling ‘I am of no value’, is wrong. Absolutely wrong.

You are deceiving yourself.

We all have the power of thought-

So what are you lacking?

If you have the will-power, then you can do anything.

It is usually said that you are your own master.

I would say the change happened when I found out about the masses in my brain. I’ve always had a strong, healthy sense of my own self worth. I believe this would be true even if it weren’t for the way I was raised by my parents.

My mother has always been interested in texts that discuss building or confirming one’s own self esteem, as well as establishing positive thought processes. Books like ‘Don’t Sweat The Small Stuff‘, ‘The Secret‘ and ‘How to Win Friends and Influence People‘ were common titles in our household. As long as I can remember our toilet walls held beautiful presentations of ‘A Smile‘, ‘Psalm 23‘ And ‘The Desiderata‘.

My own bathroom inspiration

My parents have never been showy people, they’ve never vied for the approval of others in either their dress or their behavior. The concept of owning the latest and greatest products to impress another is foreign in our household. I’m not saying we don’t fall victim to good marketing, boredom or the perception to spend to fill our own emotional voids. But our family is simply intent on our own happiness, which is unrelated and independent of any other person.

So my own self worth is healthy even if everything else is questionable.

I am no stranger to the emotional shock that comes with severe health diagnoses. The taunting feeling of your own mortality and the proximity of a potential end to your present existence is hallowing. I’ve lived for well past five years knowing the tightrope that is my Lupus. The neurological complaint that was Cerebral Vasculitis however added a new depth to the space over which my tightrope traversed. It made everything else seem like a tickle competition with a Muppet. Now I was in MMA ring with the world’s best and I had a real taste of fear.

I decided in hospital almost instantly what life changes I would make. As I made numerous attempts at recovery over the past year my ideas have taken a strong turn towards realism showing me I may not have understood my predicament fully.

I have lost confidence in my ability to do most things that I used to take for granted. I’m scared of being interrupted for fear of forgetting, it happens too easily. I don’t want to make comments in intellectual conversation in case I can’t justify my idea. I don’t ask questions in case I forget the answer and need to ask again. Boy does that last one lead me in to THE MOST EMBARRASSING situations. There are only two girls I go out dancing with, Nelly and Fanny, because they know how to watch my behavior and they keep an eye on me. I get their names confused so much they think I’m hilarious. I don’t deal well with unexpected phone calls or bumping into people out in public when I am not prepared for it.

Don’t even get me started on yoga. I became so dizzy during my one class at Christmas I doubt I will recover before June.

The doctors say I’m fine to keep at it, but they have only studied the condition, they don’t really know how it feels.

I am fine with both.
But I can’t help missing that fearless young thing that used to live here.

After completing the City to Surf 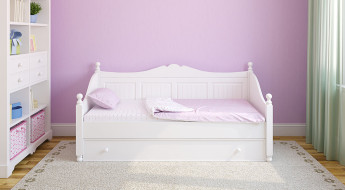