I want to communicate everything that has happened. There has just been so much and so I warn in advance if I start to share something and fail to complete it, or if something is missing. I will need to here ask that if you need me to clarify what I have said, or failed to say, please just ask.

Mere days after the revelation at the optometrist I was watching television with my younger brother B-Dizzle  following dinner. During a call from nature my attention was drawn to a shocking amount of blood loss. I flicked on my Calm Sick Switch and considered to myself the last week. What had I done that might explain internal bleeding: diet, medicines, exercise, falls or body jostling, have I been ignoring pain unintentionally? I had ingested a superbly large amount of tomato soup the last 3 days which may have explained the discolouration, but not bleeding. To be sure I decided to wait and see if it was a ‘once off’. There certainly wasn’t any pain, I couldn’t recall an incident causing bruising and injury like a fall or run in with someone else. I hadn’t changed my medications or diet recently. Nothing interesting or new was notable physically in my life.

At bedtime I took care to note if the same symptom was present and it was. I decided to wait overnight since I wasn’t in pain. I didn’t have university the next day, so if I was still showing indications of internal bleeding I would pack up my backpack and take the train into RPH where I would be close to my immunologists if necessary.

This story wouldn’t be here if the bleeding had stopped.

I had breakfast, packed my water bottle, some overnight essentials, my Surface, textbooks, chargers and a novel. In the city I picked up a focaccia and cappuccino and contacted my mum and older brother, T-Dog, who works a block from the hospital. I didn’t expect to be there overnight, so hadn’t extended my communication to B-Dizzle, my dad or anyone else. It was 1:30pm by the time I was on a bed, I took care to make sure the elderly woman who arrived at the same time as me was seen first and had water and sustenance until then.

Once inside it was quickly confirmed that I was a prolific bleeder, in part due to the student doctor attempting to find a vein in my left forearm so I could study uninterrupted whilst inside. There was definitely internal bleeding, as evidenced by my urine sample, so I wasn’t worrying over too much tomato soup.  It definitely was from the kidney direction of my body, although for certain reasons there had been little doubt about this being a woman’s dilemma to begin with.

With Lupus I have always been conscious of potential kidney issues, as these are a prominent area of concern for many SLE sufferers. My family health lineage tends towards trouble with Kidney Stones, among other things. This trouble follows almost the exact direct path as what I believe my SLE DNA has travelled so it is an ever increasing worry for me.  When I recently began the new treatment plan for my Cerebral Vasculitis I was warned to be conscious of how my body reacted to food and activity and my immune response, as well as the normal things. One of the first considerations I took in to account when I noticed the blood was the warning and advice pamphlets on every medication I was taking, in case they may have advice, or explanations.

By mid afternoon the bleeding had stopped as far as they could see, and I had not lost anywhere near enough blood to require a transfusion or extended stay. Connor had been contacted, and the rest of the team and they had little input as the complaint wasn’t Neurological or Vascular and unclearly related to the Lupus. No one was active in the hospital to be able to visit themselves, given they all work between sites and specialties. The decision in the end was I would be able to leave in the company of a carer with a script for antibiotics to clear up any possible infections. The full urine test results wouldn’t be available until Thursday (it was Tuesday) so if I went home I would need to see my GP Dr Evs on Thursday for directions on my next steps. In the mean time I was on strict bed rest.

I called B-Dizzle, who was more than happy to pick me up on his way through the city after work. The timing couldn’t have been better for getting home with convenience. I was discharged by 4:30 and waited out the front for only a small time. The discomfort started then down the right rear side of my abdomen. By bedtime, the pain had set in but the bleeding was definitely gone. Over the next two days the pain developed in to a strong 8 out of 10. To put this in perspective, my migraines, ankle sprain and the RA at there worst only ever achieved 6. The pain now was on a level bordering on unbearable. I had no hope of moving, lifting, or even sitting up for long periods of time. Bed rest indeed!

My cousin Denny picked me up on Thursday to take me to Dr Evs and within a short period of time my wonderful doctor had confirmed no infections, no inflammation (indeed my Lupus was calm as sloth sunbaking on a tree branch after lunch). A few more blood tests were taken, a superb dose of painkillers provided me with relief and a set of ultrasounds booked in for the afternoon meant Denny and I would be taking a trip to another specialty consult that afternoon. An uneventful scan showed my retention and waste management were fine and my ‘passages’ were clear. There was no clue as to the cause of the bleed or indication of damage internally in any of my organs or passages. Basically, the reason for the pain and blood was unknown. Dr Evs advised me to take two Paracetamol every 4 or 6 hours, as need be and to see how I cope over the weekend.

The weekend was intended to be a Birthday celebration for my mother and I, as we are on consecutive days. Instead she spent half of it caring for me and we ate special meals with the family for the remainder. The pain didn’t go, I just ignored it. Early in to the next week I was less intent on focussing on the pain, but as it hadn’t receded Dr Evs and I once again touched base. She ordered a CT scan and I made my way in to hopefully solve the issue once and for all.

At this point I want to emphasise I had been in a pain intensity level 8/10 for ten days now.

The CT showed something. Hooray!! It showed I had become a hoarder. Internally, of course.

There was evidence I had had a few Kidney Stones. I had passed some. I was holding on to others. I also was hoarding…something else…in my digestive tract. I’m a lady and so will go no further but please make your own assumptions. Thankfully the remaining stones were ‘tiny and shouldn’t cause a problem’ (Dr Evs direct quote). 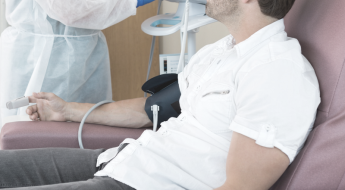 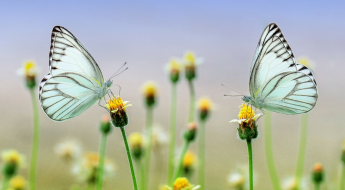