….
After waking up with unbearable pain throughout my whole body every morning for a month I had to go to the doctor. My boyfriend at the time had glandular fever so it seemed I had caught the bug. To this day I still think the best thing I have gained since being in the city is my doctor. When I went to her with my symptoms, she went through my past history and sent me off to be tested for everything. And I mean everything!

One thing I have learned early on in life is this: If your GP gets you into an appointment with a specialist within a day then something serious is going on. The day after my tests my doc called. I was to go see Doctor Pat at lunch. Not to worry, but he’ll need to do some tests.

Dr Pat, I found out, is a Rheumatologist. We went through my symptoms. And my history. And my tests. And we ordered some more. I say we because one of the tests was optional. I said yes, it seemed silly not to really. Going to a specialist and not knowing what for is always a bit hard. It tends to fray the nerves a bit. So when Dr Pat said  I was to come back in a week when the rest of the test results were in.

Oh, and was I able to go to Murdoch to see another specialist, a Neurologist. That appointment was first thing in the morning the next day. Dr Pat had organised that and very early on with the Neurologist I found out it was because it seemed that I had Bell’s Palsy. I knew one of my eyes was lazy but to find out that it was to that extent was a shock. All the muscles in the right side of my face had lost a lot of  their strength. Not completely but there was certainly a partial paralysis. This is treatable but not curable, unfortunately I had had it for long enough that treatment wouldn’t have been effective. 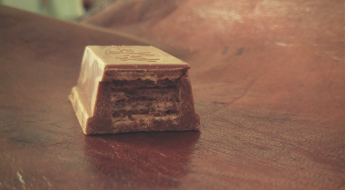