Now, you know this is all a rather frazzled jumble of information. This story about my visit to the naturopath who was also a biochemist. You know this because I told you. Not to mention my messy delivery of this recount. At this point I can confirm this is *likely* (hopefully) the last installment of the Whole Saga.

To recap the story thus far:

One Wednesday morning a few weeks back my mother took me to a naturopathic biochemist for another perspective on my myriad autoimmune ailments: rheumatoid arthritis, systemic lupus erythematosus and cerebral vasculitis. I have broken this story into components to ensure that each of the topics discussed during that appointment were clearly understood in the appropriate context. This meant discerning between the different roles of naturopaths and biochemists and hence personally understanding which of the treatments prescribed for me were related to each field of complementary medicine.

I already have mentioned what the role of naturopaths are in the larger scheme of complementary and alternative medicines. Basically they work on the principles of natural healing first devised by Hippocrates. This theory is founded on the idea that the body is able to heal itself with assistance from chemicals found in nature. Following this identification I was able to clarify what parts of the appointment utilised naturopathic principles to consider the healing of my body. From this clarification I could better understand what parts of the appointment related to biochemistry and so I followed through on discovering what biochemistry actually was.

I can only wonder how excited you are to find out the missing piece of this puzzle!

When I explained to the specialist naturopathic biochemist I was visiting to seek advice regarding three autoimmune diseases he very quickly became rather excited. Jumping up and down in his seat, hurriedly scanning through his folders, books and paperwork would be an appropriate way to describe his behaviour in that room after mere minutes.

And this is what he shared with me:

Carbohydrates are converted as they enter the body to produce energy and if you are putting them into you, you are less likely to burn stored energy. Excess carbohydrates that are not burnt upon first entering the body, and with the dietary balance of many people this will mean it is inevitable, are stored in the body as fat for ‘next time’ when we may need it. Which means much of what is put into the body is actually converted to fat and stored to be burned again later. Much of Western foods, and indeed the larger part of diets worldwide, sacrifice a decent portion of daily dietary intake to carbohydrates. The short, fast bursts that result from new carbohydrate energy are what keep the cravings coming and have helped us develop this crazy notion that we need to feel full to have eaten enough.

The sad truth is, the amount of carbohydrates we put into our bodies in a meal will result in an amount of the other more vital nutrients that come into our body are missed, not digested as well or get caught up in the indigestible parts of the carbohydrates. It is too much for our body to break down and process the amount of carbohydrates we out in ourselves. It causes stress. A lot of the bacteria in the gut that breaks down food actually becomes inflamed when it mixes with these indigestible strands. Or even the digestible strands. The inflammation is our body putting up a wall telling the cells it needs time and focus to work through the challenge it has been given.

So what did all this mean for me in the patient room?

It’s actually quite simple really. I am undergoing testing at the moment to investigate just how efficient my gut bacteria is at responding to different nutrients and exactly what gut cultures my little body grows.

Since the appointment, as I mentioned in an earlier post, I am taking a short course of naturopathic remedies.

Following the healing of a recent cold virus I have entered into my ‘hazing diet’ to firstly reduce and reset my body so I was accustomed to, aware of and well enough to pursue a long-term ketogenic diet. Until the gut test was complete and my recent viral concerns were dealt with I was directed to research and begin my own attempt at this through the New Atkins Diet, which had been recently updated to better cater for vegetarians, vegans and busy lifestyles. Atkins was confirmed and shown to be effective in the 1970’s and continues to this day to be a reliable weight loss program, diabetic treatment and helper for inflammatory illnesses as well as many more unbelievable effects leading in to neurology.

Now please don’t think I am preaching low-carb diets for weight loss, or even the specific vehicle of Atkins for lowering your carbohydrate intakes. All I am saying is that I have been directed to try a low carbohydrate diet and decide for myself if I feel it worked and was worth using long-term.

I started 12 days ago and to be honest, I feel fantastic. Last night I ‘strayed’ for the first time and my heart rate was racing for hours. I had stomach cramps and could not sleep or keep my mind focused. But I will not take that as gospel, given that it is not long enough for me to know on its own, not to mention I am still on a few other additional medications. This is likely to be a six-month experiment.

Yet I would encourage you to do your own research and think for yourself if this sounds like something you would be interested in. Diabetics already use a diet similar to this and apparently ‘keto’ or the ketogenic diet has become quite a thing now so it won’t be too hard. A lot of the ideas behind foods to avoid for inflammation and rheumatism I feel may actually be unintentionally linked with this information.

Finally I can say this is the conclusion of my trip to the naturopathic biochemist. I will, of course, follow up on the results of my course of natural remedies, as well as share with you what I can of the gut bacteria spawn. I can keep you in the loop as time passes about my new journey into ketogensis, low-carbohydrate diets, ketogenics and Atkins. Never forgetting that you will be updated regularly on the comings and goings of this lupus life anyway.

For further reading regarding the new concepts I have discussed I have included direct links to information in the texts were necessary. I have also added further supportive and helpful links below for your perusal. If you have any questions, please don’t hesitate to ask! 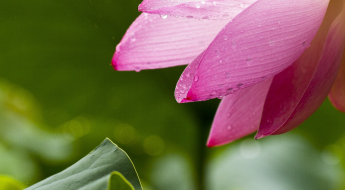 Echinacea and Vitamin C: Too Good To Be True