My visit to the Naturopath

As I mentioned a few weeks back, I have been to a naturopath. It is was not my first naturopath, nor even the only recent one, but I do feel much more positive about this than I did about the others. In fact I do not believe I have felt this positive about one since the one I saw as a teenager to assist with my Idiopathic Thrombocytopenic Purpura. Perhaps this is because he was also a biochemist. Or maybe it was the research and information he provided to back up each decision he would like to make with my treatment. It definitely was related to the way he explained what naturopathy was about, what their theories were regarding inflammation and autoimmunity and chronic illnesses. I didn’t feel like I was a guinea pig nor did I get the impression I was expected to be a blind follower and believer in the practices he wanted to push into my body and mind.

I was asked first why I was there. I explained I had three autoimmune illnesses, and was struggling with my mental health. Once my illnesses and timeline were covered in detail, not to mention the question about the phantom irritant flares, my mother and I were prepared to hear the treatment theories. As I have mentioned, this particular naturopath was also a biochemist and so much of what was discussed was intermingled theories pertaining to both schools of thought and so I will do my best to separate these and relate to you now what the naturopathic side of this appointment uncovered.

Please don’t fret though! I will DEFINITELY reveal in another post the biochemistry, as I found it to be as valuable, if not more so yet I feel it should be discussed in a clear and reasonable manner.

So. Naturopathy. Hippocrates hypothesised (Hippocrates, father of medicine, as in doctors take the Hippocratic oath when they are certified) in the 400’s BC that the human body was naturally able to heal itself, and that medicine should largely be reliant on natural methods of healing. Nowadays, naturopathy separates from biochemistry in that the former is wholistic, the latter scientific (from what I can see).

If you look at the idea of chronic illness through the practices of Naturopathy I would recommend your research be directed through university and larger medicinal practices in United States of America or United Kingdom. What they will tell you is there will be a reason your body continues to react in such a way. For illnesses that involve heavy bouts of inflammation, there is a school of thought that the ongoing inflammatory response stems from an imbalance that began when the body contracted a virus and was unable to handle or heal from it.

This, to some point makes sense and I will explain why I think so. A virus cannot be cured, only treated or managed. Once you have a virus, you will never get that one again, yet you may also never be fully clear of it. Your body will only be able to recall the specific antibody it created to kill the foreign invading cells of the original virus and hence kill any and all of the cells it has. My body? It gets a tad confused. Instead of making antibodies to attack foreign invaders, it also replicates them. As well as this, when these foreign invaders come in my body tries to protect itself like an overbearing helicopter parent by sending ‘extra padding’ into each of my cells. More ‘stuff’ in each cell causes swelling (inflammation) and the rest you know.

So you can see how I respond well to this theory.

As with all naturopathic treatments, the main variation between these and conventional medicine treatments is the focus of treating the root cause of an illness, not the symptoms presented. My medical NeuroImmunology team at the hospitals focus on minimising the masses developing in my brain, reducing the drainage of synovial fluid from my joints and preventing excess inflammation in my Skeletal and Cardiovascular system. However the naturopath felt it more prudent to increase my ability to retain, use and access DHA Omega (a component of fish oil in a highly concentrated dose), Theracurcumin (extracted and concentrated from Turmeric and Cumin) and Uncaria Tomentosa (Cat’s Claw Vine extract).

Cat’s Claw Extract has been shown to:

It is also shown to improve pain and lessen inflammation in all forms of Arthritis.

Teracurcumin has been shown to:

Has proven to be a modulator of intracellular signaling pathways that control cancer cell growth, inflammation, invasion, apoptosis and cell death, revealing its anticancer potential. NCBI

Curcumin is thought to have antioxidant properties, which means it may decrease swelling and inflammation. Mayo Clinic

DHA Omega 3 is known for:

So this is what I have learned from my visit to the Naturopath. Needless to say I am now working on increasing these three target nutrients in my diet. I am also supplementing them into my diet for a small time to see the difference they make to my body. These treatments are specifically selected for my height, weight, health and lifestyle. In no way do I now suggest you go out and take these, but if you were thinking about going to a naturopath, and you aren’t advised about these, perhaps query Cat’s Claw Extract at the least.

Much of my writing on this post was supplemented by these authentic sources. 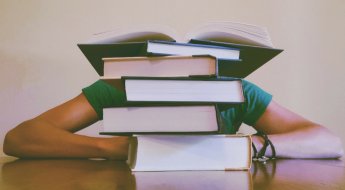 How I Study with my Sicknesses and How You Can Too 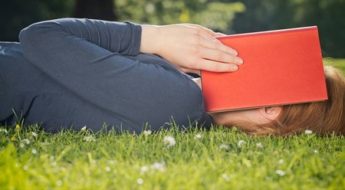