About Me Depression Recovery 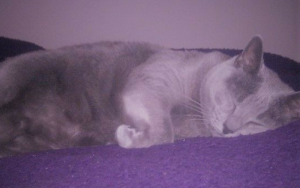 You may, or may not recall, my dearest pet cat Cinta, who passed away several years ago. Many people would be familiar with the knowledge that since then my mental health has not been strong. Why may not be so clear yet it feels to me as though the two incidences are in some way linked, Cinta passing and my wavering mental health. Over the years since I have made attempts to adopt another cat, yet all failed for one reason or another.

The closest I came was Polly, who you may recall. Polly came to me as a kitten from the Shenton Park Cat Haven. She now lives in a house in my home town with a lovely woman who loves her like I did but is in much better health. Polly left because I was not able to commit to her with my constant hospitalisations. The stress of caring for her, or not being present to care for her, as well as attending to her needs, was not within my capacity.

Committing to an animal as a pet is difficult emotionally, psychologically and physically. That is nothing on financial and practical considerations.  When you take into account the extra stresses of living with illness in your life, and how that can impact on you, the thought of having a pet can be stressful. Having said that, the joy of sharing your life and heart with another living being that won’t judge you, or place unnecessary expectations on you is just so uplifting. This kind of therapy is healing deep in your soul and calming for your mind.

Having said that, pet is a loose term. So many people consider very obvious animals, and make commitments that may be more than they can realistically cope with. When you consider adopting an animal into your life and lifestyle it needn’t only be a cat or a dog. There are serious things to think about, and this is because they are living beings and deserve respect and to be treated in the same way you would a child. With my mental health taking a deep plunge this year, the conversation of a less stressful animal to manage and care for has arisen again.

With the acceptance and agreement of my family and housemate, the discussion was on. First there were a few things to consider. Own or volunteer for fostering. What type, where will it live, what can I realistically commit to?

From here I began considering what animals were available for pets

The Discussion about Getting a Pet

My folks weren’t keen on another cat or dog, even as a foster choice. I understand, accept and agree with this. I know my housemate Bow would agree. Yet there was an acceptance that there was a justifiable need for this. I have been growing so horribly depressed in such a severe state of depression brought on by my ongoing medical situation, mixed with the isolation it creates and the impact of the medication the doctors are using to treat it. So the potential for adopting was accepted, so long as an appropriate choice could be agreed upon by them, Bow and myself. 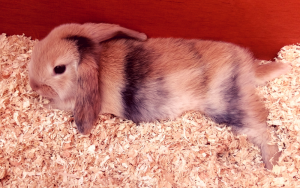 At this point if you follow me on Instagram or Facebook you will know the outcome. The fact is that early in September my parents agreed to me adopting two or three chooks. We discussed it and determined we had an appropriate place on the property for chooks. It became very likely and so I began preparing for this new transitional phase of my life. It was agreed we would wait until after my university in-school placement and then we would adopt some Bantam and Isabrown eggs and thus begin my new adventure. Low and behold following the decision the discussion died down and I did not push it or bring it up, waiting for my parents to get there in their own time. The discussion was never raised and so I began to see it was not likely to become a reality. Yet the thought was just enough to sustain me and every so-often I would browse around trying to place a value on this venture. One night during a conversation with my mother the fact that chicken coups can often be rabbit hutches, if you get the right one.

The next thing I knew a hutch had been decided, a rabbit type had been suggested and a price was laid down.

This is how I got a rabbit.

She is of the long-eared miniature breed known as a Dwarf Lop. My Pet Therapy began ten days ago and so far I feel it has been working well. I hope this pet therapy lasts. Her name is Turvy (as in Topsy Turvy).