To say that I have been going through some changes this year would certainly be an understatement at this point. I feel like the last six months can be defined by three definite periods of time, all of which have been the final stages of a transformation which has likely been occurring over the last three years.

This isn’t my first experience with this sort of change. I am sure most people experience something similar around this time of their lives, although perhaps for different reasons. After I left school a lot of truths about my early and current life forced me to face some situations which led me in to a lifestyle which was based more on survival and ignorance. I was being a young person, as was to be expected. My behaviour reflected how I coped with the new world which was unfolding around me and I took advantage of many opportunities that were available to me.

Slowly I began to learn that this lifestyle could not be sustained in the same way alongside my diagnoses and so I eventually transformed. My sole focus was first on my internal and physical health. This was the start of my healthier diet and living, as well as my first dalliances with Pilates and yoga. When I had firmly built my physical foundations I branched out and looked to rebuild my personal life. I started trying new ways of ‘fun exercise’ and allowing myself the luxury of regular friendships, keeping promises and appointments, trying new foods and ways of living. This is about when you come in and my self reflections began.

Finally my personal life seemed to be on the mend and looking quietly positive. I began to feel a tingling in my veins to reach out for the final goal. I wanted happiness and a life direction that would fulfill me. My study with children and education was certainly satisfying and looked positive. My yoga abilities were coming in leaps and bounds and my physical health had never looked better! But something inside was starting to feel shaky.

I made a hesitant plan and decided to stick with it. When I had a few trip ups last year I was cautioned to slow down and take less risks. Of course I ignored this. I left my job and went out on my own. Around me people were supportive and cautionary. They knew I would struggle and so provided me their shoulders and ears, so to speak.

It has been hard, this year. I went through the final stages of my metamorphosis mentally during my yoga training, then during a period of time in which I was simply needed and finally during my own emotional and physical journey.

I realise who and what I want to be and am ready to step up in to the beginnings of this role. I can feel who I am deep inside and I’m finally ready to let that out again, as I realise I had been hiding it for others sake as much as my own. Most of all I feel a familiar determination and energy. Because I am determined and full of life. And I am no longer willing to let people stand in my way and hold me back.

I feel free to be myself again. 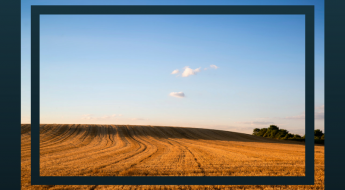