The week was not so great for me. I was expecting to receive a new appointment to see my psychiatrist Elvis and I did not receive one. It is not as though I am in a bad way, but it was what I expected and I do not like my medical things do not run smoothly. As well as that I have not been feeling that great in my moods since the weekend. I used too much energy (Gallowe and I went to the Perth Royal Show) and it has been hard for me to recoup that loss. I have not been in my regular sleeping pattern, and that always throws my body rhythms out. As well as that, I have been feeling ‘well’ (by my body standards) but I know I am not and it can only be expected to last so long, with my infusions starting at the end of the week. Add to this the fact of my imminent infusions and going on two months on a high dose of steroids, well I have just been simmering at barely less than a full boil since Sunday.

This has all collaborated to keep me balancing on a sharpened knife edge. I have kept away from people as much as possible, so I don’t crazy vent and inflict my ‘Roid Rage’ on others, but it hasn’t stopped me feeling that way or spiralling deep into crazy town. I started and worked very haltingly at half a dozen different projects, saw the first half of 8 films, poured hot water on the kitchen bench several times (my attempts at cups of tea and coffee) and ate a tub of ice cream, or the equivalent from various tubs. I avoided conversations and pushed away people who tried to force them on me.

I was not a happy sailor.

However, Thursday rolled around and I woke up feeling positive. I had breakfast and went with Ma into the city early. Well, earlier than we needed to go. Thursday was the day I was booked for my first infusion of Rituximab. This day, yesterday, at midday, I was due to be in at Royal Perth Hospital to have the infusion of the specialty immunosuppressant drug that is predicted to reduce the inflammatory lesion in my brain caused by my Cerebral Vasculitis. Ma and I had undertaken our research of this treatment, however we had not looked too deeply into it as the information varies depending on what it is meant to treat. The dose used for unrelenting Rheumatoid Arthritis, Lupus or Vasculitis all vary, particularly in comparison to when it is used in coordination with other chemotherapy treatments for cancers such as Non-Hodgkin’s Lymphoma. Compiled on top of this is the fact that I had not received any specifics for my own treatment, I was unwilling to go making too many assumptions ahead of time needlessly.

When we arrived in the city Ma and I did two incredibly practical and enjoyable things (note the smugness in my voice, as I am being a bit light-hearted here). First, we walked to Cloisters Arcade next to His Majesty’s Theatre. In this arcade I had discovered an eatery that sold ‘gourmet rice paper rolls’ and quality Vietnamese dishes. From this eatery, Roll’d it is called, I bought two ‘low-carbohydrate’ rolls with Barramundi and avocado inside. Glorious and highly recommended!! From here we headed to one of the best coffee brewers in Perth, Tiger Tiger, for our more caffeine hit and thence headed towards the hospital. We found the infusion centre, which I am calling The Terminal. NOT because of all the cancer, and such, patients but because it looks like a waiting terminal at a transport depot, but instead of planes lined up at an airport terminal there are people lined at their own separate armchair terminals.

We are here way too early. My appointment was booked for 12pm. A typical first infusion of #rituximab (#rituxan) takes 5-7 hours. I was booked too late in the day and for only 3 hours so I was screwed from the beginning. They had just finished mixing the medication in the pharmacy, which means it is ready to go and needs to be done ASAP so I have to be back in at 8am tomorrow. This time I'm booked until 3pm. I am practicing some wicked deep breathing. #Lupus #SystemicLupusErythematosus #CerebralVasculitis #cerebritis #vasculitis #rheumatoidarthritis #Arthritis #autoimmune #Invisibleillness #chronicillness

I was the youngest in the room by twenty years and all eyes were on me. They sat me down and took my ‘vitals’ then contacted the pharmacy to have my drugs made. After a thirty minute wait I was approached by three nurses.

‘Is this your first time on this drug?’

‘Hmmm…Whoever booked this didn’t do it right. The first infusion lasts 5 or more hours. We close at six and there is no way we can get the full treatment done at this time of day. You may need to stay back after the infusion for observation. Are you sure you’ve not had this yet?’

‘We are terribly sorry, we will have to reschedule this. We will just confirm this and be back in a moment.’

They came back two minutes later.

‘The pharmacist has already made this up and it expires soon. Do you think you can be in tomorrow? We normally do these ones first thing in the morning, so that’s 8am. Is this okay?’

‘We will schedule your second infusion for the Friday too then. Again we are terribly sorry.’

It was about this time my anger started to return. We were home only an hour later and I simmered for the rest of the day, finishing an old painting of mine as my outlet and trying to finish film after film.

So I just sat with the dogs and tried not to worry about the next day.

#dogittude #dogsofinstagram #dogs these not-so-puppies are just lighting up my mornings and making me so pleased to get out of bed each day! We are definitely enjoying the extra #love and attention , not to mention the #cuddles 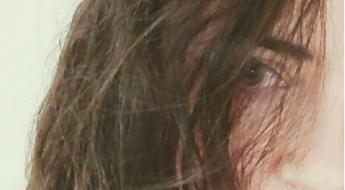 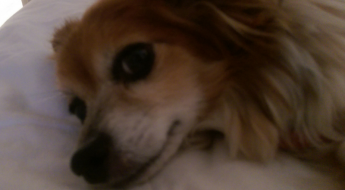