I want to break up this monotony of my sickness and shine a little light on what keeps my mood just so darn bright. I talk a lot about my friends and family and how fundamental those relationships are to me. After my break down last year I made a decision to stop lying or hiding behind things. Not in an aggressive way, it’s not like I want to hurt people. I just wanted to be open about what was going on with me to lessen my burden and loneliness. Some people just don’t like it, they cut me off when I told them they weren’t as supportive as they thought. Some decided to become clearer in their communication. I have a more relaxed attitude to what people think about me and so I don’t feel the need to work hard for someone that won’t do the same for me. I have a massive heart and a lot of love to give yet no desire to waste my time and efforts.

The result at the end of last year was a resounding period of time in hospital. I cried a lot every night just thanking the stars that such people were in my life. I had so much support and love and communication from so many people I still wonder why I am so lucky. Sadly for you, most of these people are just theoretical puffs of air.

I shared my travels a few years ago when I went touring through Europe. Two of my closest school friends joined me on the trip, Shrimp who I was on holiday with and The Kid and her Ma who we joined for a few days in London. I have of course stayed in touch with both and it is my pleasure to announce The Kid just became a Mrs Kid! Shrimp was the Best Man, I’ve always known he is the Best Man but its nice it’s now been confirmed and I was a Bridesmaid.

The most beautiful bride I have ever seen

The wedding was a beautiful weekend celebration at a resort in Bunker Bay in the famous Margaret River wine valley, one of Australia’s iconic tourist and surf destinations. We arrived at Pullman Resort Friday afternoon and I located myself to the brides villa to help organise for the big day. It was a small party of guests invited to join in, and yet it was an honour to note The Kid had invited my entire family as we had welcomed her and her beau so fully into our family in the time since we first met at boarding school 10 years ago.

I have never seen so much calm composure in the face of a big change, nor could I ever imagine how clearly their love would be shown on that day. Selfish as I am I kept thinking, what would I want or need? Does she want or need this? How can I help her make this day as specialas it should be? One of the bridesmaids, with the a heart as visibly large as The Kids had given birth only 9 days earlier so I had my peripherals on her too.

It was a gift and an honour to be welcomed in to such a special moment of such a special joining of two special people. It was cold, my skin was blue but my heart kept me so warm. I cannot say more of it sorry.

Shrimp and I shared a room that night. He had to leave early Sunday morning so he went to bed much before me. I had a drink with the last of the younguns after everything was closed. I saw my younger brother in the last stages of drunk in which he was able to recall the next morning. After I was finished drinking I took a midnight stroll through the resort grounds. Sometimes the hollowness is hard to swallow and I had tried so hard all day.

I’m just so glad for them, and that I was there to witness. I told you this was going to be a good year. There is something truly magical happening when a midwife gives birth to her first son a week before a teacher and a cop, high school sweethearts of ten years, are married.

The Bridal Party of the Billy Goats Gruff

The photos were taken by and provided by Envy Photography.

Ask Me How I'm Feeling 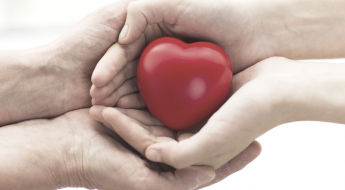